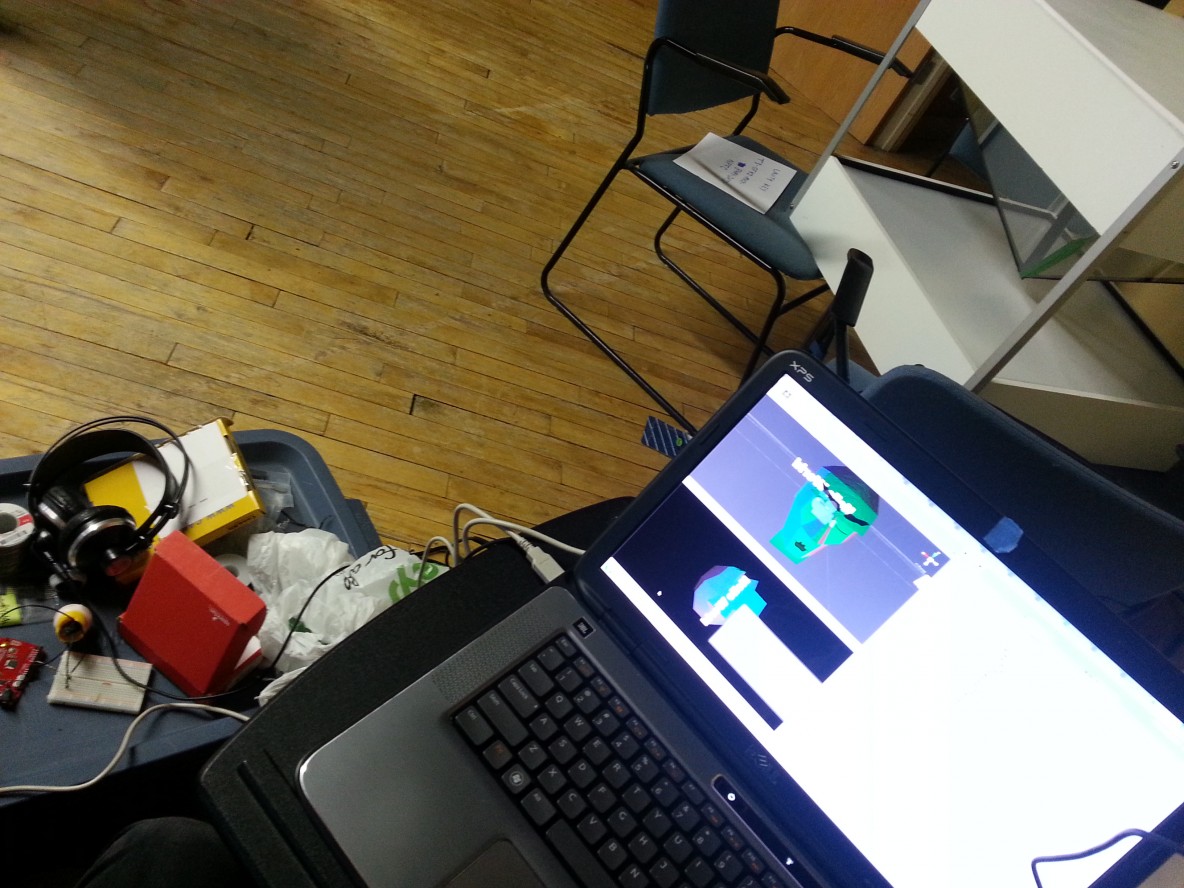 So last weekend, I took part in my first game jam. I figured it would be a good opportunity to work on the project I am building for MEME this year, since it uses Unity. I had never used Unity before, but I was sure I could get it working with Arduino, perhaps with the help of a few plugins. By Saturday night I was so frustrated with my project that I nearly tossed it out the window. Nothing worked, my Unity stuff wasn’t working, my Arduino stuff wasn’t working, and the Arduino stuff wasn’t working with my unity stuff. Dropping 90 bucks on plugins didn’t solve anything either. I managed to have a better Sunday, and got the software to where I want it, leaving only the hardware side of things unfinished. The results from the other attendees were some of the best I’ve ever seen come out of the local jams. Back when Alec Holowka was still in the city, game design meetups happened almost as often as the chip tune parties. However, while the local industry has been growing, the local indie scene has been very quiet.

There is a common problem in Winnipeg, due to it’s size and population, that you can belong to a group (music, art, profession, etc) that is really big, but you have no idea. This is actually a problem that recurring events like Secret Handshake are solving. At the end of the jam, everyone was talking about when the next one was, and that we should be having regular meetups. Even though I am not in the industry, I am going to try and make that happen.

Super Gamer Podcast featured interviews with several of the teams at the Jam. Check it out here